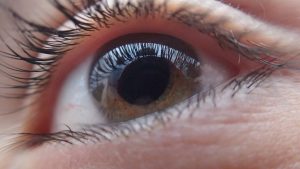 When first hearing about glaucoma, it can be very confusing and overwhelming. Many people have a lot of questions, so we are going to answer some of the most frequently asked questions about glaucoma.

Glaucoma is an eye disease that damages the optic nerve. This is usually caused by excessive fluid pressure inside the eye. This increase in pressure over time leads to damage in the optic causing vision loss.

There are many things that can increase the risk or lead to glaucoma.Many different health issues are linked to this increase in risk including:

Who is Affected by Glaucoma?

Glaucoma mostly affects adults over the age of 40, but it can also affect young adults, and even children and infants. Studies also show that African Americans are more likely to have it,  at a younger age, and usually experience more vision loss.

How is Glaucoma Harmful to Vision?

The increased pressure in the eye can damage your optic nerve, which is responsible for sending images to your brain. If the damage worsens, glaucoma can cause permanent vision loss or total blindness in a matter of a few years. Most people with glaucoma show no early symptoms nor do they experience pain in the early stages.

Will I go Blind From Glaucoma?

Only about 5% of glaucoma patients become totally blind, with 2.3 million cases of glaucoma in the United States and only around 120,000 cases of total blindness in that group. Total Blindness can occur from glaucoma, but it is pretty rare.

How is Glaucoma Detected?

The best way to detect glaucoma is by having regular eye exams with your optometrist/opthamologist. Your eye doctor will measure your eye pressure, inspect the drainage angle of your eye, evaluate your optic nerve, and test the visual field of each eye.

How is Glaucoma Treated?

The way to treat glaucoma is to lower your eye pressure. Depending on the severity of your glaucoma, the options may include prescription eye drops, oral medications, laser treatment, surgery, or a combination of any of these.

Will Vision Be Restored After Treatment?

After going through treatment, your remaining vision can be preserved, but treatment does not improve or restore vision that has already been lost.

Can Glaucoma Be Prevented?

There are no known ways to prevent glaucoma, however, blindness and vision loss due to glaucoma can be prevented if the disease is diagnosed and treated in the early stages.

What are Different Types and Forms of Glaucoma?

There are many types of glaucoma, but experts typically group them into two main categories: Open-Angle Glaucoma and Angle-Closure Glaucoma.

– Open-Angle Glaucoma is the most common form of glaucoma, which accounts for 90% of all cases, and about 3 million Americans. It is also referred to as primary or chronic glaucoma. It is caused by slow clogging of the drainage canals, resulting in increased eye pressure. With this form of glaucoma there is a wide and open angle between the iris and the cornea. It develops slowly and is a lifelong condition. The symptoms and damage from this form are not noticed in their early stages.

-Angle-Closure Glaucoma is a less common form of glaucoma caused by an acute blockage or closure of the  drainage canals, resulting in a sudden rise in intraocular pressure. It develops very quickly and has symptoms and damage that are usually very noticeable, which requires immediate medical attention. It is also called Acute glaucoma or Narrow-Angle glaucoma.

Some of the other forms of glaucoma that aren’t quite as common include: Normal Tension Glaucoma (NTG), Congenital Glaucoma, Secondary Glaucoma, Traumatic Glaucoma, and Neovascular Glaucoma.

What is Considered a Normal Eye Pressure?

The average eye pressure is approximately 15 mm Hg (millimeters of mercury), however, the range of normal eye pressure is quite large. About 90% of people have a pressure measuring between 10 and 21 mm Hg. Every individual and every eye is different.

How Do Pressure Inside the Eye and Other Factors Affect Vision and Glaucoma?

The fluid pressure increases which may cause damage to the optic nerve, resulting in loss of nerve fibers which can lead to vision loss and blindness.

What is the Prognosis for Glaucoma?

Proper treatment can significantly reduce the risk of vision loss, but if glaucoma is left untreated, it can result in permanent blindness.

What are the Tests for Glaucoma?

During your annual comprehensive eye exam, the first and most common glaucoma test is done, this is called tonometry, which examines the inner eye pressure. Then a retinal examination is done, which examines the shape and color of the optic nerve. At some offices, a photograph or retinal scan is performed to document an detailed high resolution of the retina, including the optic nerve, and contains additional information about other conditions that can occur within the retina.

If the doctor finds anything concerning or out of the ordinary, they may suggest doing a few more tests. These tests include perimetry (visual field test) which examines the peripheryal  field of vision, Gonioscopy, examines the angle in the eye where the iris meets the cornea, and pachymetry, which measures the thickness of the cornea.

If you are wondering why there are so many different tests, the reason for this is because diagnosing glaucoma is not always an easy task, it requires careful and thorough evaluation of the optic nerve.

What are the Options for Glaucoma Surgery?

There are a few different types of surgery for glaucoma: Trabeculectomy, Glaucoma Implant Surgery, and  Minimally Invasive Glaucoma Surgery (MIGS).

Your eye doctor will give your prescription eye drops or oral medication to lower pressure in the eye. If that doesn’t work, then surgery would most likely be the next step.

Risks of surgery include: making you more likely to get cataracts later in life, eye pain/redness, eye pressure still being too high or being too low, loss of vision, inflammation, and bleeding in the eye.

Can Diabetes Cause Glaucoma?

Having diabetes doubles your odds of developing glaucoma. Diabetic retinopathy can increase your risk of glaucoma.

-With diabetic retinopathy, changes in your glucose levels can cause blood vessels in your retina to weaken and become damaged. This damage can include the vessels that nourish the optic nerve, thus makit more susceptible to glaucomatous damage.